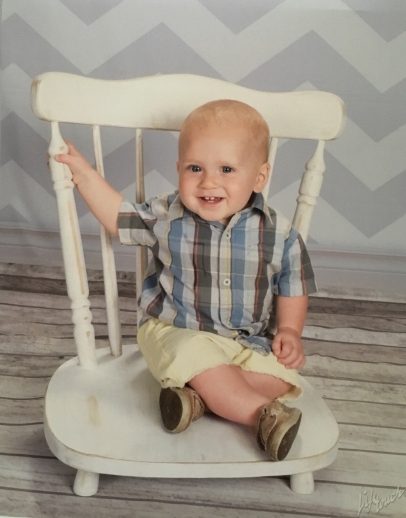 I was traveling with work this week and realized I never posted about Scout turning 13 months! He was officially 13 months on Sunday, July 24. And just shy of that, he had his first rush to the doctor for a fall, and ended up getting his head glued (they recommended not doing stitches for a child his age because they tend to play with them). He tripped and hit the corner of a bookshelf, right on his brow. He was fine, just the gash and some bruising.

We just got back his and Sawyer’s school pictures and HOLY COW are they adorable! While there are definite differences, I can’t get over how much they look alike in a few of the pictures. You be the judge!

About this age was the time Sawyer started bulking up. Based on his stats from the same age…they appear to be almost the same size. Sawyer was talking a lot more but I figure the reason Scout doesn’t talk as much is because he can’t get a word in having a brother like Sawyer.

diapers: Size 4 and thinking about moving to size 5

eating: So….I am still nursing. I know I said I would stop at 13 months, but he hasn’t indicated he wants to and I am a little sentimental with this being our last baby. I just nurse him at night and in the morning and then food and regular milk the rest of the day. I hope to start weaning soon (we will see). Nothing is off the table food-wise now. He loves Vitamin D whole milk and Almond milk. He is a little picky at dinnertime and usually just eats some fruit and either chicken or fish sticks. Sometimes likes a sandwich. He eats great at school though. I would say his favorite food right now is grapes; he can eat a whole bag. He has also tried his first Andy’s ice cream and devoured it, of course! sleeping: still sleeping the same, from 7:00/30 p.m. – 6:00/30 a.m. He naps well at school on his cot. On the weekends he still takes two small naps. A few times in the past month he had decided to wake up at 5:45 am (usually on weekends), we are trying to let him cry it out so he goes back to bed

other updates: He is quite the singer! He has start imitating the ABCs and does a really good job. He says a variety of things but it is hard to make out too many words yet. He has started shaking his head no when he doesn’t want something. He also points and leads you to things he wants. He is becoming more independent and likes to walk me out the door in the morning on the way to school instead of me hold him. I think he wants to be like his older brother. Another cute thing he does is lift up his shirt when we ask, “Where is your belly?”

Here are the rest of the boy’s school pictures (swoon!): 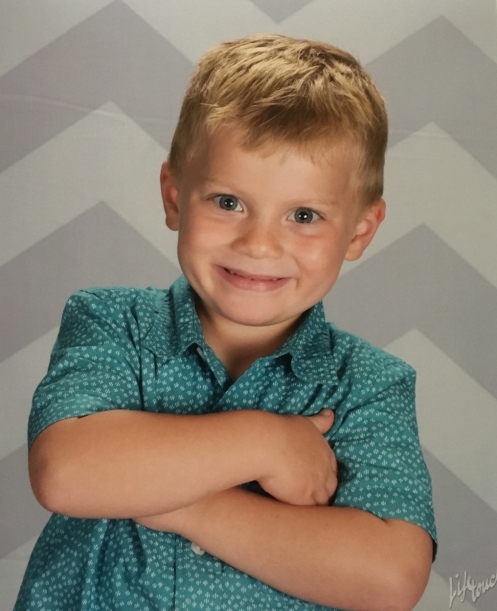 And more Scout photos from the month: 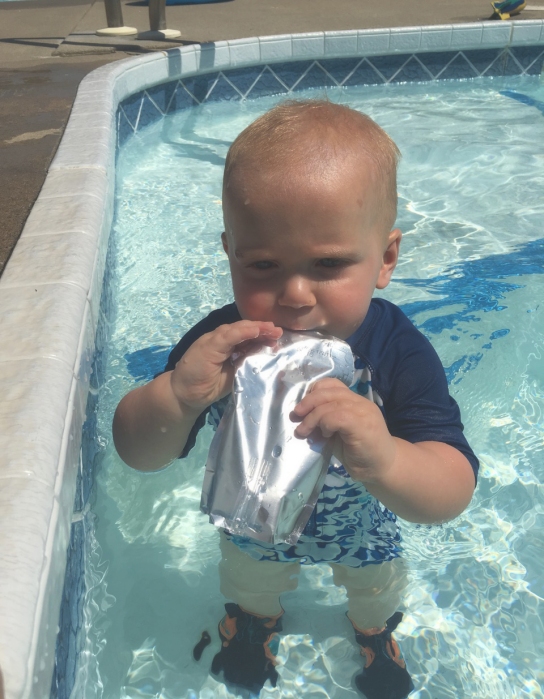 starting to love juice pouches, they are even better in the pool