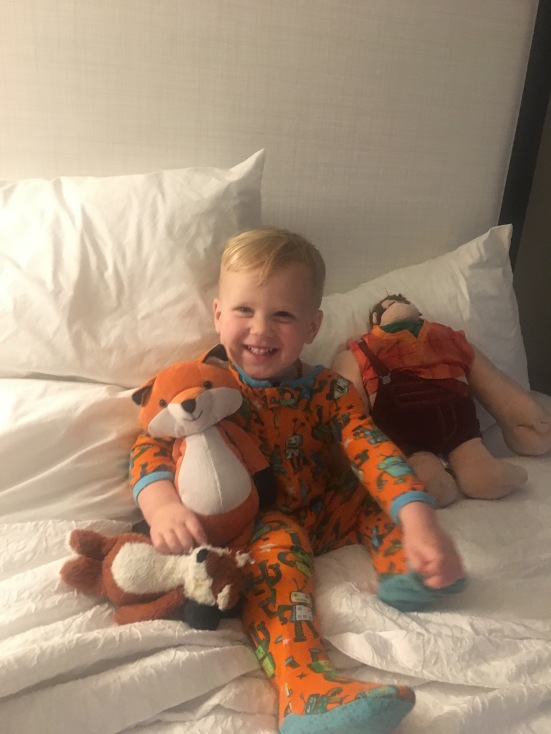 Once again I am rounding the corner on monthly updates for one of my boys. For Sawyer, I blogged monthly up until he was 24 months and then just periodically for milestones. I just can’t believe he is already almost two years old (yes, I say this every month). But on the other hand, I totally can. From being super opinionated to out of the blue hitting or biting…there is no doubt he will have the case of the terrible twos. This month he not only got to walk in his first fashion show but also was a ring bearer in my cousin’s wedding (and the dance floor king!)

His personality is a lot like his brother’s, but also completely different. They love on each other but love to wrestle. Sawyer has taken on the “teacher” role with him and Scout really enjoys that. I just love to see them together. We had to take him to the doctor yesterday because he has been pulling on his ears…well turns out he has a double ear infection. Poor little guy. Strange thing about it is the doctor said we were in her office on the EXACT same day last year and he had an ear infection!

Sawyer was just a tad bigger, but sounds like we were struggling with the same problems as Scout. Here is Sawyer at 23 months: http://johnkarihamra.blogspot.com/2014/01/sawyer-23-months.html?m=0

sleeping: Nothing new on the sleeping front. He sleeps from about 7 pm – 7 am every day. Still naps too at least 1.5 – 2 hours.

teething: All of them are in!

other updates: Lots of talking now! He has put together a couple two- and three- word sentence; “No, not nice!” and “No, my juice”…as you can see a lot of very bossy phrases. He has also started to want to go to the potty. We have put some underwear on him at night as a way to practice and he even peed a little the other night after about four tries. He is obsessed with his foxes (thanks Meghan!), still loves Justin Timberlake’s “Can’t Stop the Feeling” (calls him JT), and he has recently started really liking to hug on the little girls he meets! He is already a ladies’ man.

He recently wrote his own little song on our piano where he sings “my heart” and puts his hand on his heart. I could listen to him sing all day! He is also one heck of a dancer!

Here are a few more photos from the month: 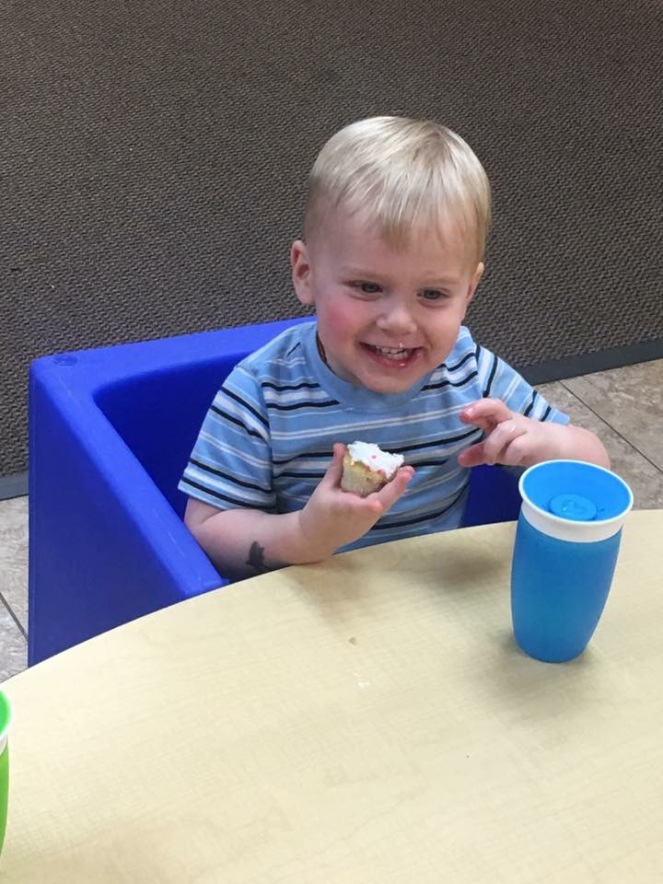